Lee Plaza started its business operation on December 13, 1988 by occupying a portion of the Ever Theatre Building, under a ten-year period lease contract that expired in the year 2002.  The achievement of the phenomenal growth rate and its success of the business during the first four years of its operation prompted the corporation to map out an expansion program to meet the increasing need of space and volume of goods for sale.  The expansion program is also designed to expand the target market from the present class C and D customers to include the more discriminating taste of class A and B.  The program involves the construction of a five-storey commercial building, now the Lee Super Plaza, that was constructed in 1992 on a 3,600 sq.m. lot owned by the corporation located at the corner of Gov. M. Perdices and San Jose Sts., Dumaguete City, just the next block from its original rented site.  The building has a total floor area of 20,435 sq.m. considered the biggest in the entire province of Negros Oriental in the early 1996, furnished with modern store facilities like escalators and centralized air-conditioning system.  It operates like a one-stop shop for it has a complete Supermarket and Department Store.

In the year 2001, the operation has expanded with the construction of the seven-level annex building, completed in the following year thus adding 6, 725 sq.m. more floor area of the now Lee Super Plaza for the very increasing volume of goods. With this addition, the building has appropriated two levels occupied as parking area.

Today's work schedule is not available 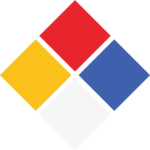